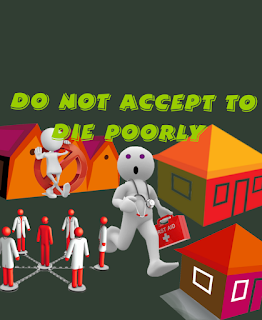 ✊Things have changed so we must change too, Universities in the 60s used to produce 1000 graduates each year and they would get jobs even before finishing, but now each year we graduate more than 80,000 from over 30 universities and 100 institutes.
🤷🏻‍♂Where are these people going? Even if We pray day and night, we can’t have jobs for even a quarter of these graduates.

_The education system only trains one to be a slave to another, work for someone for a pay cheque and make sure his dreams are achieved,  it doesn’t prepare us for the current competitive world where almost everyone has gone to school._

🤔Most of the Educated people in Africa are poor not because they are dense but the way they see things just doesn’t apply to the real world. 🕺🏻The lucky ones who get a job earn less than 600k for a salary before tax and other deductions. When the deductions are put into consideration, the net salary comes to around 400k. The net salary then suffers from loan deductions, The landlord then demands for his 300k and monthly shopping takes away 100k leaving one with 0shs The taxi will demand for 6k going to and from work and other emergencies come in. The whole salary is gone and borrowed money starts working.

Most of the degree holders are poverty stricken, borrowing money to buy smart phones, nice clothes, shoes,  makeup ,chicken and chips, pizza, and a small car for shobies.

👉🏻The biggest excuse for getting paid such low amounts of money and having to sit and work for another person for 30 days is *THE DEGREE* that one possesses and that’s all. This has made most of the degree holders very poor and will die that way most likely.
💵 _*A degree holder does not know how to generate money even from the simplest thing unless that money is generated for the employer. He is so dependent on the salary that he can do anything to get a job but will not think of starting a business of his own to employ others not even operate a chapati Business where he can make 30k a day.*_

▪A degree holder is not prepared to sell chips but enjoys them with friends every 3days in a week, my brother think of doing business here

▪A degree holder is not trained how to make money from school yet it’s the order of the day in the real world.

▪A degree holder is not prepared to make 1.5M monthly doing his own business but is very happy to work at the Till in a bank getting paid 500k.

▪A degree holder is not prepared to start a company and grow it in 2 to 3 years but will spend 4 years searching for a job and works for 30years pushing another person’s dream.

▪A degree holder is not prepared to sell food to students but will be happy to be reporting to a boss with no qualifications as long as he is paid 400k for a salary.

▪A degree holder is so eager to get out of this country and work in another country than spend time to develop his own country by creating solutions and innovations.

▪A Ugandan degree holder would rather sweep the streets of London or USA than start a business and make money in Uganda – others work in people’s homes as maids.

▪A degree holder in Uganda will watch movies and music on his laptop all the time but never to write a book or research about business opportunities using the same laptop and make money.

▪A degree holder will blame the government for lack of jobs even when he was on government bursary for him to have his degree.

▪Uganda is blessed with people who have master’s degree and others are doctors in different technical fields such as IT and Engineering but all of them have failed to create a cartoon character and develop a movie from the same instead very happy to buy Tom and Jerry for their children thereby promoting America.

👉🏻The degree holder working in a bank at the till gets a salary of 700k every month with nssf, local service tax, pay as you earn and other deductions.

👊 *Why are the degree holders poor?*
Because they have decided to pride themselves in a degree and failed to think better than a man who does not have even a certificate to his name.

👌If you want to progress, throw away that degree and start thinking better than someone without a degree. Be prepared to get your hands dirty and work like an ox for your business.
🍋A lot of opportunities exist in Uganda but u have to be keen to identify them, Agribusiness Is one of the sectors young graduates should put a keen thought to.
🤝 *Your innovation, commitment, hard work and patience will pay off.*